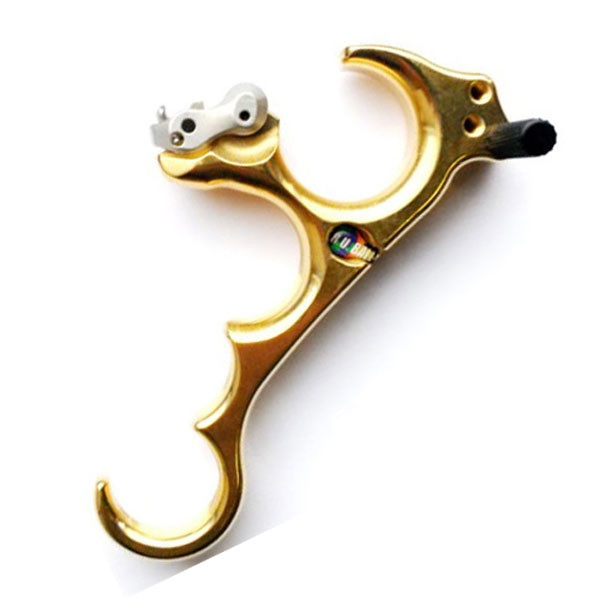 The TruBall Honey Badger Claw H.B.C. features Truball’s very popular, supreme head and micro adjustable speed dial. The release handle differences include a taper that is more drastic and starts higher and closer to the center of the release, allowing the tip of the last finger to be ergonomically positioned.

The next difference in the TruBall Releases Honey Badger Claw Release is the smooth index finger location for those who allow the release to spin or pivot on the index finger, compared to the HT Series releases which had a very shallow knurl on all fingers. The Honey Badger Claw now has incorporated a slightly heavier groove track on the second, third and fourth fingers, providing more grip and added control.

Probably the most important feature the Truball H.B.C. Release has is the fact that the third finger on the three finger models and the fourth finger on the four finger models has been moved forward about 140 thousandths for increased leverage and increased contact with the handle allowing for quicker and smoother shot sequences, compared to a laid back style of handle configuration. This is a little different than any of the other releases Truball has developed.

The last feature is the hook on the end, a subtle sweep of the end of the handle keeps the fingers nice and tight to the release and makes it feel like your fingers are stable and in their natural and necessary positions.

This product hasn't received any reviews yet. Be the first to review this product!